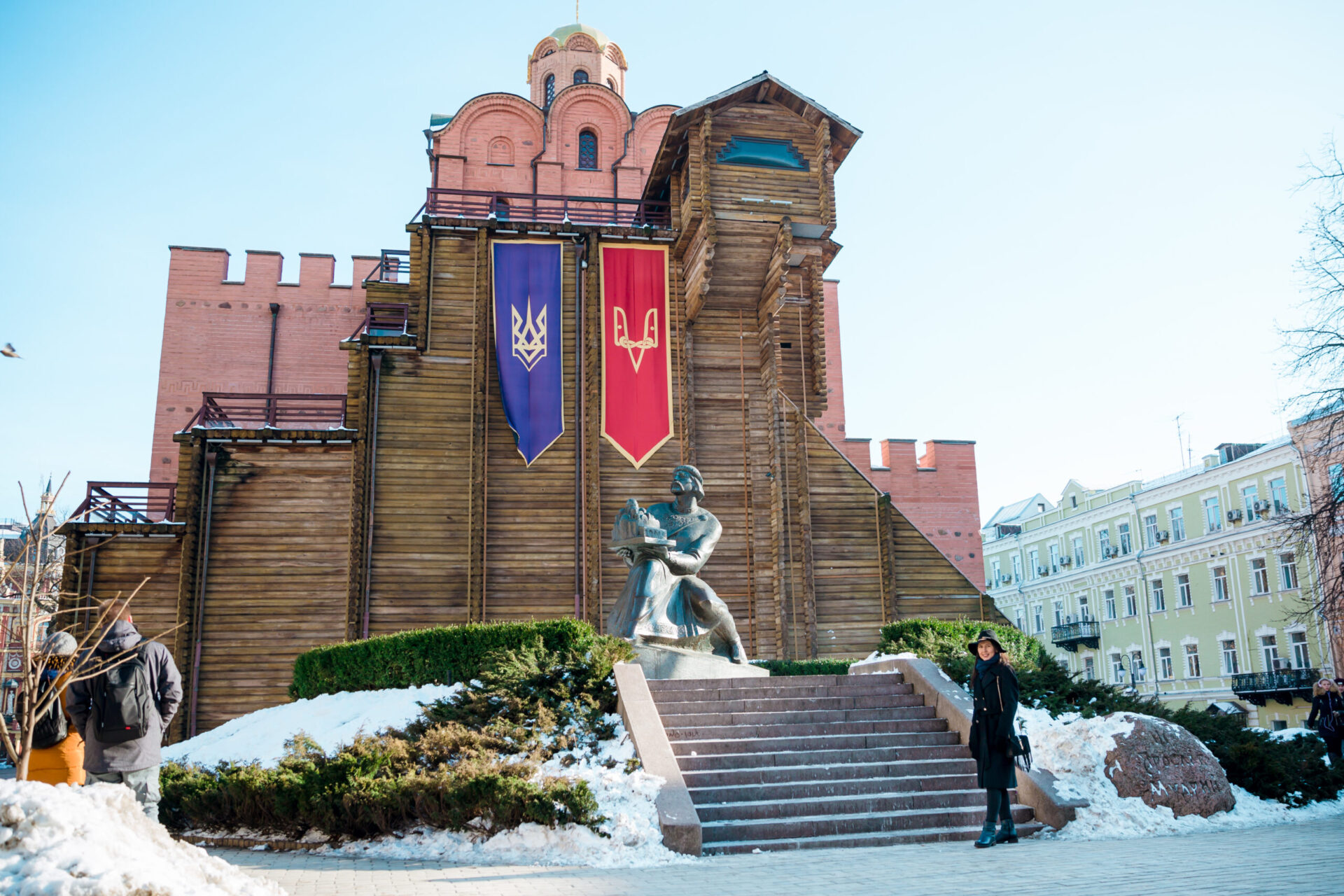 A Romantic Walk with a Local Kyiv Tour Guide

Anyone who has visited Kyiv at least once in life knows exactly – this city cannot be compared with any other place. The capital of Ukraine is full of life, it boils, it rages, and abounds in all the colors of the rainbow and happiness.

The very first thing that strikes tourists is that Kyiv is built on entirely another visual scheme than traditional European cities. The authentic various architecture of different eras from the time of Kyivan Rus of the 11th century to the present day, a vibrant mixture of modern and ancient buildings are definitely worth seeing. On top of it, Kyiv is a fabulously green city. You can’t walk far without passing through a park.

What is Kyiv without Yaroslaviv Val Street? It takes its name from the Grand Prince – Yaroslav the Wise. A prominent ruler of Kyivan Rus in the 11th century. Here is located one of the Kyiv’s landmarks – The Golden Gate. The main triumphal entrance to ancient Kyiv and the most frequent meeting point of tour guides and tourists.

In the 11th century Kyiv succeeded Byzantine traditions, same Golden Gate was in Constantinople and in the big cities of Byzantium. The Grand Prince of Kyiv Yaroslav proudly holds the miniature of St.Sophia Cathedral in his hands.

And only locals know, the Gate has never been gilded. It was called “Golden Gate” because same as in Constantinople there was a prejudice that Jesus Christ would enter the city through the Golden Gate in the Second Advent.

Kyiv should be seen on foot. It is the only way to enjoy the charm and beauty of the city. Feel the local atmosphere. Admire the famous landmarks and discover hidden gems.

Just behind me, you may see a red gothic style building in the form of a medieval castle. Kyivans call this mysterious mansion Castle of Baron Steingel. Truth be told, this man never lived here, Baron Steingel settled in the neighboring mansion.

Passers-by are struck by the gothic appearance of the building and especially the pair figures on the facade – the winged devils with the hands-wings and feet-claws. The bestial faces look viciously at the passers-by. When in the mansion was a Czech club, writer Jaroslav Hašek occasionally looked in this place. There’s a story that, once he was a little drunk, quarreled with someone, and cursed the building, its past and future inhabitants.

We move forward, in 100 meters we observe one more unusual architectural object. It is the Karaite synagogue, designed in the Moorish style, and built using quite expensive in the 19-century material – cement.

Extraordinary architecture of the building draws the attention of every passer-by and is also one of the favorite places in Kyiv for photoshoots. Now the former prayer house is «Actor’s House». It’s a comfortable concert hall with perfect acoustics and chamber concert stage.

On your way along Yaroslaviv Val, you’ll pass by a couple of embassies, chamber theatre, boulangerie. At the corner turn right. Stroll along a narrow street where you admire a couple of awesome Kyiv murals. If you are interested in the street art here you will find your inspiration.

Though our further route goes along another small street, there’s a real hidden gem inside it. A pearl of Ukrainian baroque of the 18th century – Zaborovsky Gate – western main entrance to the metropolitan’s courtyard of St.Sophia Cathedral.

Zaborovsky Gate is one of the architect’s finest creations and a valuable gem in the treasury of Ukrainian architecture. It is one of Kyiv’s energetically powerful places. Don’t forget to ask your Kiev private tour guide about the prejudice connected with this site, Ukraine, and its future. Ahead of this narrow street, we appear in the location of the outstanding St.Sophia’s Cathedral. Go inside. It’s fantastic.

So our virtual journey is coming to an end. Are you inspired? Then I offer to begin now preparing for a wonderful and unforgettable trip to Kyiv. Some people like beautiful architecture, some like golden domes on the green hills, others are deep in love with the slopes of the Dnipro river. However, without exception, all adore Kyiv with its freedom and lightness that the capital offers its guests.