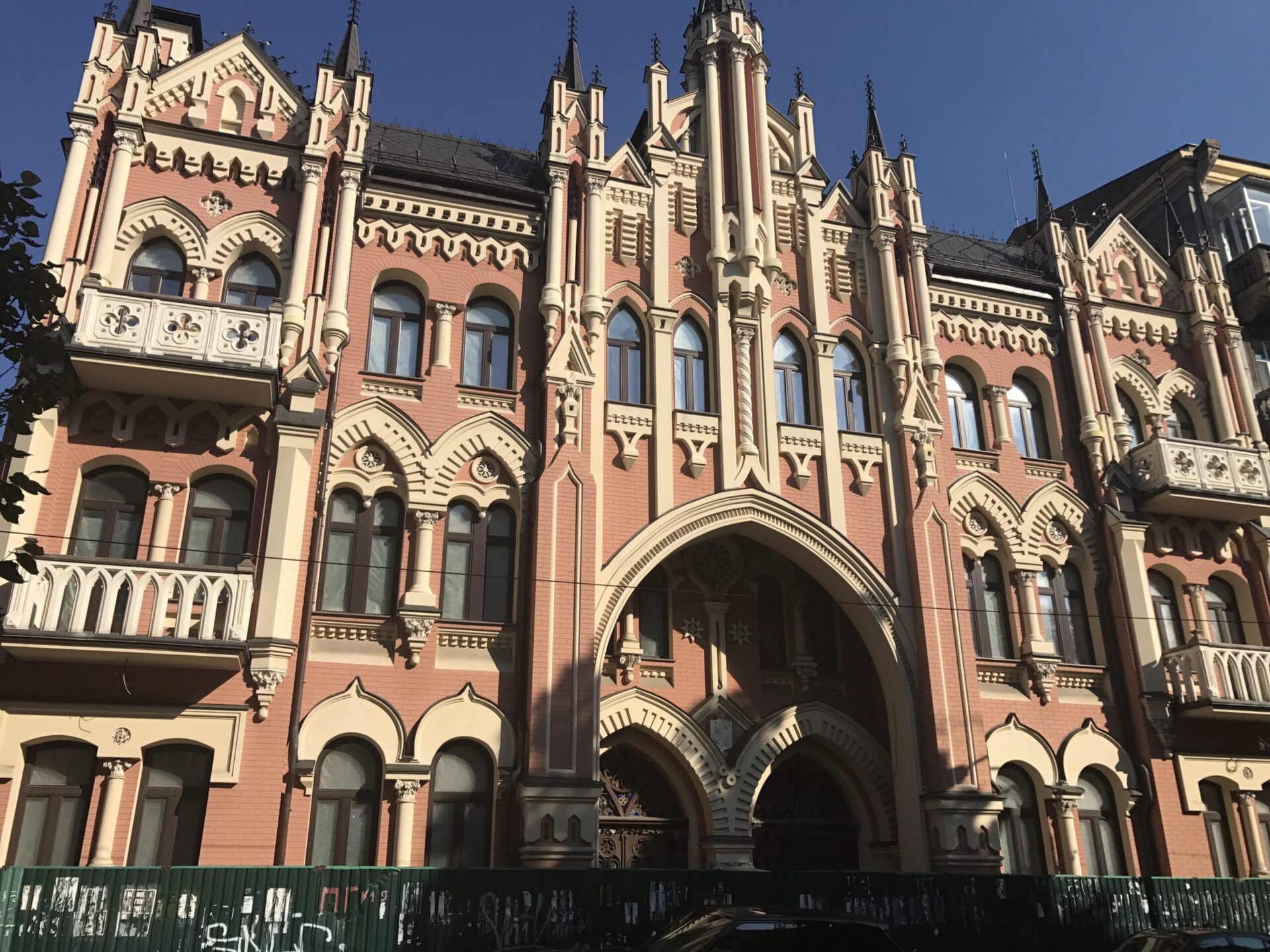 The magic attractiveness of the Kiev bourgeoisie.

I invite you to take a walk along the streets of Lipki – the historic district of Kiev, which has long gained the glory of the “nest” of the Kiev elite and the residence of the highest state administration. This is the most prestigious area where representatives of the higher society have been living since the 19th century. Mariinsky Palace, the houses of the governor-general and the civilian governor were located in this area. “The upper crust” settled here to be closer to the royal palace.

We may include Lipki area into our route on the way back from the Kiev Pechersk Lavra. Let me know your interests and I create a Kiev tour that meets your expectations!

In the late 80’s – early 90’s of the 19th century in Lipki area were erected stone mansions, palaces of the bankers, entrepreneurs. Given the fact that Kiev was the “sugar capital” of the Russian Empire, the most luxurious Kiev mansions belonged to sugar magnates. Nowadays Lipki is also the center of political life, where the Administration of the President, the National Bank of Ukraine, the Verkhovna Rada, Cabinet of Ministers and other government institutions are located.

It was planned to allocate here the residence of the Lavra high clergy, and in special cases, during the visits of Empress Elizabeth Alexeevna to Kiev, it was supposed to keep apartments for her in this palace. Almost simultaneously with the Klovskiy Palace, the Mariinsky Palace was hastily erected nearby. The sovereigns preferred the Mariinsky Palace to the Klovsky. In the palace, rejected by the empress, were located the Lavra printing house, the hospital, the women’s school of theology and, later, different other organizations and institutions.

Following the tastes of his time, the architect gives the mansion the appearance of a medieval castle, with the predominance of elements of Romanesque style in the decoration of the facades. Noticeably is the influence of the church architecture of South Caucasus, which Aleshin visited shortly before the creation of this project. One of the rooms of the mansion is very original, it was designed and decorated completely imitating a railway compartment, as Mr.Kowalewski met with his wife on the travel by train.

Arseniy Bubnov built a house in the Renaissance style in 1908. The merchant’s family occupied one apartment in the house, and the rest of the apartments were leased. The enterprising merchant decided to encourage customers with the help of a richly decorated facade in the Renaissance style. There appeared heads of lions with open mouths, balconies, pilasters in the form of pseudo-columns, framed by arches of windows. Among the customers who rented apartments from Bubnov were many scientists and professors.

The history of the “Chocolate house” goes back to 1899 when the merchant of the first guild and a well-known patron of art, Semen Mogilevtsev, purchased a part of the estate with an area of 321 square meters. Later, on this place, the famous Kiev architect Vladimir Nikolaev built a luxurious two-story “Chocolate house”, accomplished in the spirit of the Renaissance palazzo.

This house is chocolate only architecturally – the facade ornaments look very much like bars of chocolate.

The first owner of the “Gingerbread House” was Baron Ikskyul von Gildenband. Do not be misled that the baron was a certain German nobleman. His name was Vladimir, and he was a native Kievan from a Russified German family, he served as an officer of the Kiev Pechersk fortress. Vladimir decided to build a rental house looking like a luxury mansion. One of the apartments in such rental mansions was usually occupied by the owner. The famous Kiev architect Nikolai Vishnevsky created this Gothic palace with lancet arches, turrets, spires, balconies, and stunning medieval doors. The Baron’s family owned another homestead in Kiev, where nowadays is located the building of the Embassy of Germany in Ukraine.

The exterior of the building of the National Bank impresses with its splendor. Stained-glass windows, towers, balconies and twisted columns, marble columns, rizalitas, masks in the form of lion’s heads, mythical griffins – all of this is breathtaking.

BEST KIEV GUIDE invites you to the Aristocratic Lipki. Pechersk Mansions Tour. Let’s have a wonderful walk along these amazing buildings !