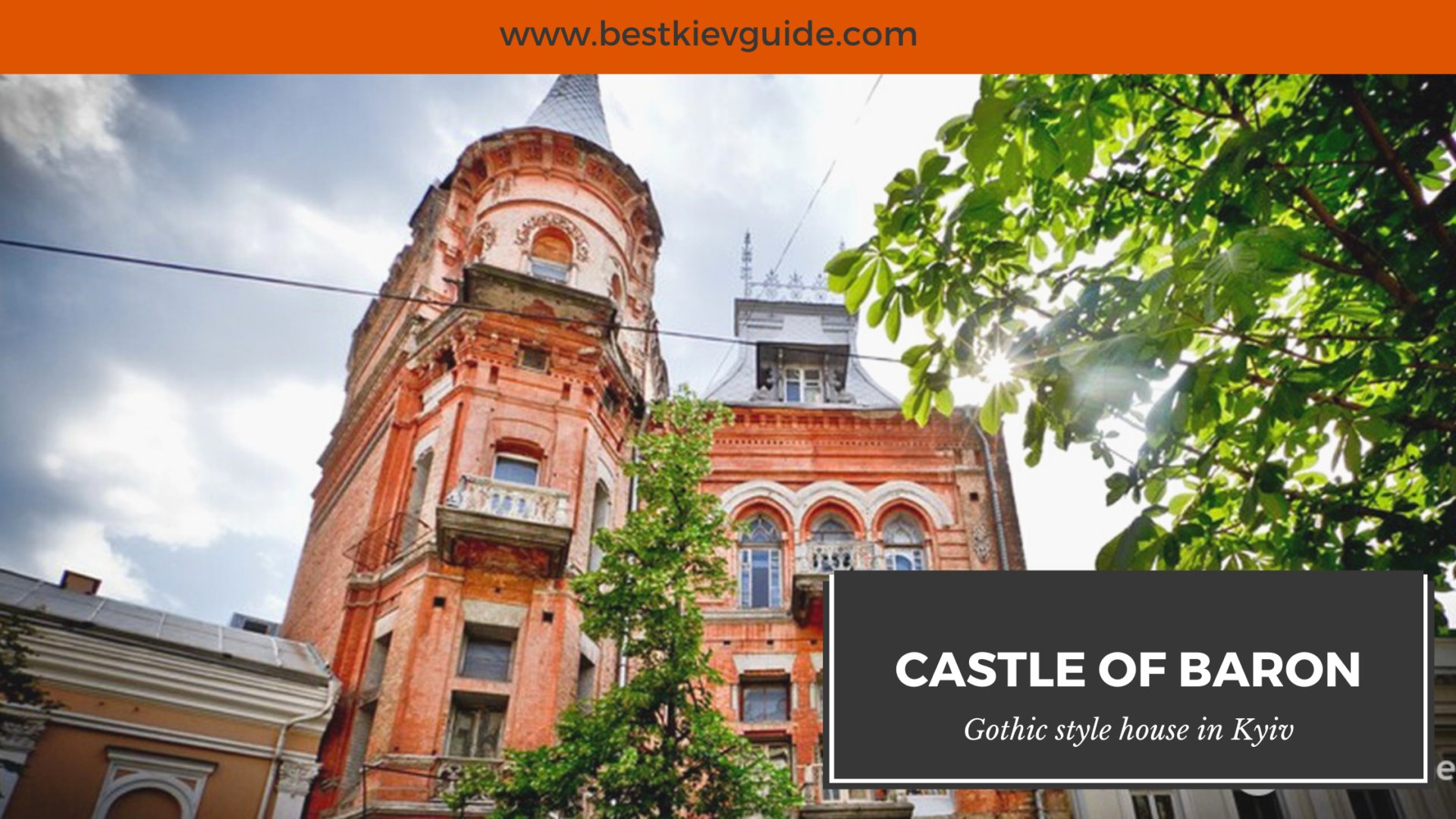 At the end of the 19th century in Kyiv began the famous “construction fever». The hotel business was rapidly developing, even so, it did not keep pace with the growth of the population of Kyiv.

Therefore, the sector of private housing for rent began growing. Given the rapid rise in land prices, landowners, especially in the city center, were trying to add several more floors, attics on one-two-story dwellings. Each next such mansion surpasses the previous one in design and architecture.

Indeed, private housing for rent was a great alternative to an expensive hotel room or a separate apartment rent. The so-called “furnished rooms” – was kind of a cheap hotel with rooms that were rented out on a daily or monthly basis.

Castle of Baron without a Baron

In 1892 Polish magnate Mikhailo Podgorsky addressed an engineer from Kharkiv Mykola Dobachevsky to create for him the most original and extravagant building.

He planned to rent it out and the task was – everyone who sees the house should gasp! The engineer did an excellent job – only the lazy didn’t talk about the wondrous house – castle.

Mykola Dobachevsky was a technical engineer, not an architect. His knowledge and education helped him to receive a job and participate in the project of building the Panama Canal.

And when he returned home, the Russian Tsar family for his construction merits presented him with a gift – gold cufflinks with diamonds and sapphires.

The house looked extravagant indeed. It’s hard to miss a neo-gothic building with a small tower at the corner of the street, right opposite the Golden Gate. The locals started to call the building – Castle of Baron.

But wait. Why was it Castle of Baron if the owner was no baron at all?

In fact, the real baron – Maxim Steingel owned a much simpler architecture design house… just next door to this Castle. But locals believed that the new mansion was definitely built by Baron Maxim Steingel who was quite famous in Kyiv as a successful winemaker.

Immediately after the construction of the building, there was opened a popular cafe-pastry shop “At the Golden Gate”. Since 1912, there has been a cinema on the ground floor.

Modern Life of the Castle of Baron

From the twenties of the last century and until recently, the “Castle of Baron” was a house with communal apartments. Communal life may not have been very attractive, but nevertheless, the house was in an advantageous location, in the very center of the city.

Therefore, the eviction of the residents of the communal apartment in early 2000, was quite tense. Obviously, a tidbit of land in the heart of Kyiv attracted an investor who is interested in the cultural heritage of the capital.

After the last tenant left his communal apartment, the house was taken under guard and no one was allowed inside.

Nowadays, all the apartments in the house belong to a private person. A couple of apartments are rented as offices, on one floor there’s an art studio.

And to get inside the house one can only on a guided tour that is provided by two Kyiv tour agencies.

Every time I pass the Castle of Baron, my guests point to it wondering what kind of building it is. This is why on my Old Town Kyiv tour, I always make a stop and tell about it. To be honest, there are interesting things to tell about it.

For example, the creator of the building Mykola Dobachevsky did not become a demanding and famous architect. In reality, the Castle of Baron was his first and last great construction project.

His reputation in the architectural community was undermined. He spent all the money gambling, left his wife with their 4 children, and even was caught on rape trials.

Tours inside the almost empty Castle of Baron

Recently, I visited the house. The enormous size of the rooms and the enormous height of the ceilings in the house are impressive.

There are almost no traces of the former luxury of its interior. The bolsheviks were not merciful to the private property of wealthy people and robbed or destroyed many of the same mansions.

But there are some traces of the old communal apartments. In some places you can see unpretentious Soviet chandeliers hanging from the ceiling with chic stucco moldings or huge kitchens partitioned off with plywood.

Stucco decoration, fireplaces – all this remained in a more or less decent look. Fireplaces are generally the hallmark of this house.

According to the plan of the builders, one apartment of ten to fifteen rooms was supposed to occupy one floor. While on the first floor, the rooms, on the contrary, are small, the passages are narrow, because these rooms were made for servants.

I made some of the photos of the interior of the house, you can watch them in this article.