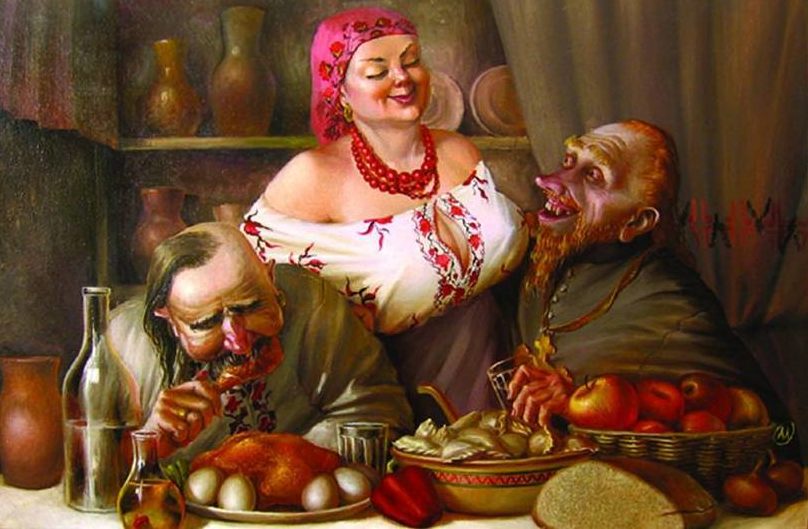 Discovering the Mystery of Ukrainian Soul

The Ukrainian nation is one of the most hard-working, tolerant, friendly, and optimistic nations in the world. It is connected with the ancient agricultural traditions and the Sun worship of our pagan ancestors.

The main traits of the national Ukrainian character are a democracy, judgment, endurance, thrift, positive emotions, a tendency to compromise, a sense of humor, desire to demonstrate leadership qualities. And the main and most important trait of Ukrainian character is the love of freedom. And this desire for freedom constantly recurs on its way through the centuries.

How natural environment influenced the mentality of Ukrainians

The mild climate, fertile land, wealth of natural resources, vast waters, and forest resources deprived the people who lived on the territory of modern Ukraine of aggressiveness, cruelty, and the desire to conquer other lands. But contributed to the establishment of tolerance towards neighbours.

The natural environment of Ukrainians, the wideness of the living space led to the dominance of horizontal type in their thinking. It is characterized by absoluteness of opportunities of self-expression, self-improvement, the recognition of natural authority (the mind, the ability, the strength, the character), orientation towards the horizon. Therefore, the image of the road has become for the Ukrainians one of the main artistic images, movement ahead – a movement to the perfectness.

Favourable natural and geographical conditions have caused people’s respect for nature, trust for it, and recognition of the high importance of it as the initial kindness that fills the human world. Natural paradise encouraged a man to create a paradise around him.

The attitude of the Ukrainian peasant towards the land is close to its deification. The agricultural way of life, coupled with closeness to nature, gave rise to not only the provincial lyricism or sentimentality but also to self-esteem, confidence, and individualism. The dignity, importance, and sharp, painful sense of justice, hatred of the violation have been pushing the Ukrainians to permanent search for the truth.

The successful development of a farming required a strong family, due to hard work the family created a thoughtful, well-groomed, efficient living space. Patience, assimilation of agricultural labor traditions, focus on established relationships, respect for the parents – it was a traditional atmosphere in the family.

The soft climate of the forest-steppe, the vastness of steppes, soothing whisper of forests influenced the identity of the Ukrainian language. It is characterized by the rhythmic, harmonious alternation of vowels and consonants, melodiousness, euphony, which creates an atmosphere of friendly and peaceful communication.

The Cult of Mother-Earth

Ukrainians associate the earth with a mother. Considering the soil as the main force for life, a sense of kinship with it as one of the main features of the characteristics of the Ukrainians.

The cult of the Mother-Earth has always been of great importance for Ukrainians at a deep level. Its formation began in the era of Trypillya and continued in Scythian-Sarmatian times when the role of women in society was very important.

It was considered that the soil couldn’t be beaten, kicked, it could be plowed only on certain days, after special rites, with great care. Therefore, the status of women in Ukrainian culture has always been important. We may remember the cult of Oranta, Princess of the Kyivan Rus – Olga, Anna Yaroslavna who was the Queen of France and solved state issues, while her husband the King couldn’t even read and write.

In the Cossack era, Ukrainian women took the total responsibility of men during their absence and even defended the whole village with the weapons in their arms.

The formation of the specific features of the Ukrainian mentality was influenced by the long-term status of Ukrainian lands in the various kinds of state formations (Duchy of Lithuania, Rzeczpospolita, Austro-Hungarian, Ottoman, and Russian empires) and a long struggle for independence, gave rise to mental qualities, which would seem to contradict each other.

For example, on the one hand there is the essence of the Ukrainian spirit – Cossack’s spirit – a freedom-loving individualist. On the other hand, there is the existence of a hidden lifestyle, caused by the need to hide his private life from enemies and invaders. If the first one  is the source of the activity, the second leads to a philosophy of life – “none of my business.”

The social life of Ukrainians

On the pictures of a Ukrainian modern painter from Kharkiv – Alexandr Ivanov, whose work can be characterized as socialistic hyperrealism, we can see the most ordinary moments in the life of Ukrainians with elements of irony, humor, philosophical notes, beauty, and sadness. Have a look and enjoy!

A specific feature of the Ukrainian ideological and philosophical mentality is a focus on the inner emotional world of a person. A burning call of the heart dominates over the cold rationality of the head. Ukrainians temper is the impermanence of emotions and moods and quickly fading emotions. Emotionality fills life both with optimism and pessimism, promotes the conversion of hate to love, of anger to mercy. Due to the emotionality, the relationships in society and in the family are built on sincerity and are identified by friendliness and kindness.

Now, let’s consider all the “pros” and “cons”. On the one hand, Ukrainians have common roots with Western European civilization, and until the 17th century, Ukrainians developed in the European context. Which is reflected in the mental chords of Ukrainian and European philosophical principles. On the other hand, over the last 350 years, fundamental changes have occurred in the mentality of Ukrainians. Many Ukrainians still identify themselves with the events of their recent Soviet Union past.